These are all classic stock market crashes. What happened between these crashes? Recovery. Growth. And natural market activity. I’m not trying to trivialize the money that investors lost. There are millions of people who lost money that they never recovered. I would argue that these people lost money because they were either inappropriately in the market or made the majority of their mistakes after the crashes.

A stock market crash often coincides with what is called a “bear market.” In the crashes listed above, many were the beginning of a bear market. What generally happens after a bear market? A bull market. Bull markets are good things. Take a look at some of the worst bear markets of all time. 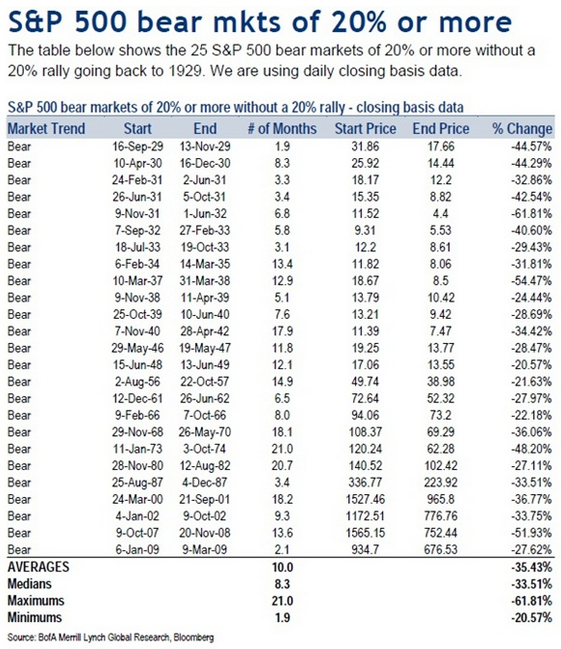 Now, take a look at the bull markets. 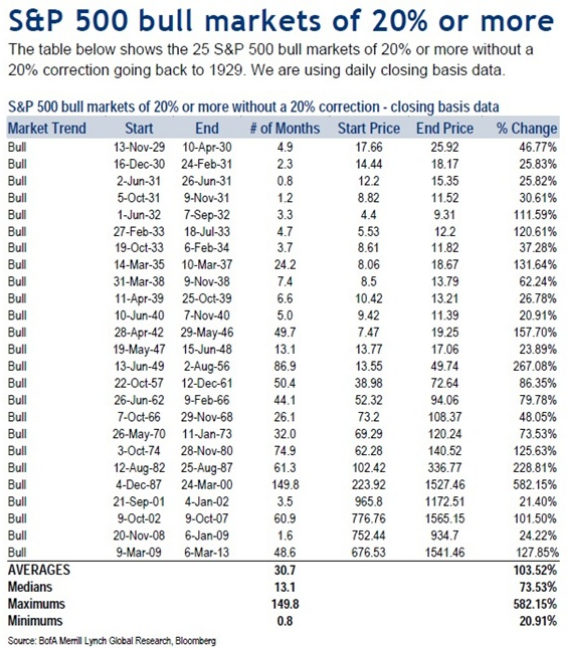 The bull markets almost always start at the end of the bear markets. Despite what the data shows, we are still in a bull market, as of September 20, 2013. The average length of time for a bull market is 30.7 months.

Who gets killed in a crash?

You must respect time horizon. You can have the most brilliant investment strategy in the world, but if you don’t respect time horizon, you will get killed. Time horizon is the amount of time until you need a given set of assets. For instance, in you want to buy a home in two years, then the time horizon for the downpayment money is two years. If you want to retire in 24 years, then the time horizon for your retirement funds is 24 years. The closer (time-wise) you get toward a financial goal, the more you have to worry about bear markets. Pre-retirees always seem to get slaughtered in bear markets, because they can’t afford to lose money. As you should know, past stock market performance is not indicative of future stock market performance, but if a pre-retiree had time to let the market recover in a bull market, then a stock market crash wouldn’t hurt them so badly. Sadly, this isn’t always what happens. Pre-retirees tend to flip-out during a crash and bear market, and bail out of their investments in order to save their retirement savings.

I’m not suggesting that pre-retirees shouldn’t bail out of their investments in the middle of a bear market. Of course, technically they shouldn’t, but we never know when the bull market starts. Instead, pre-retirees should take the concept of time horizon more seriously than they typically do. Parents saving for college should consider the same thing in the last few years leading up to college. And no one should invest their downpayment money.

The market just crashed. Now what?

The stock market is due to crash. When it does, follow these simple tips, and you’ll be fine.

1. Determine your time horizon- Okay, fine. This isn’t after the crash. This is now. If your time horizon is around two years or so, then you need to strongly consider dialing back your risk tolerance a bit, right now.

2. Don’t bail- This is what your financial advisor is going to tell you. You should almost always listen. The entire point of investing is to buy low and sell high. When you bail out of your investments during a crash, you are selling low. A short time horizon forces people to do this, sometimes.

3. Prepare to attack- Get ready to buy into undervalued investments. Do you want to make a ton of money? Then buy investments right after the market crashes hard. Where’s the bottom? How do you know when to buy? No one knows. You just have to do it. Personally, after the last crash, I bought thousands of shares of Sirius Satellite Radio**** at $.20/share. It’s now trading just under $4/share. You want to be a smart investor, buy when everyone else is still freaking out.

You and I have discussed how our behavior affects us on a daily basis, in terms of personal finance. But we rarely discuss how are behavior affects our investments. It does. You must control your emotions. You can’t control your emotions when you are invested incorrectly in relation to your time horizon. If your time horizon is far out there, then it’s unlikely that a bear market is going to hurt you. Let the media squawk about how terrible things are, and you just get ready to buy things on the cheap. Oh, and consult your investment advisor. Always.

****This is not investment advice. Don’t buy this because I bought it five years ago.

5 thoughts on “What you should do when the market crashes”