We’ve become obsessed with the match. “Pete, I hit the match.” Okay, enough. That’s great. I brush my teeth. You are supposed to hit your match. How much time should I spend celebrating your unwillingness to ignore extra compensation opportunities? Despite what we’re led to believe, an employer match isn’t an incentive for us to save for retirement, it’s a process to weed out people who are terrible at math.

Hitting the match is as elementary as brushing your teeth. Brushing your teeth isn’t a goal. You just do it. Hitting the match isn’t a goal. You just do it. You are probably wondering what’s beyond the match. If I’m asking you to blow it off, then I must be asking you do something in addition to the match. You are correct. But we need to continue to get weirder for a moment.

In 2014, you can defer $17,500 of your income into your company sponsored retirement plan (if you are under 50 years old). Your goal is to do that. I’m not kidding. To think your retirement will go well without it, is dim. Here’s an example: 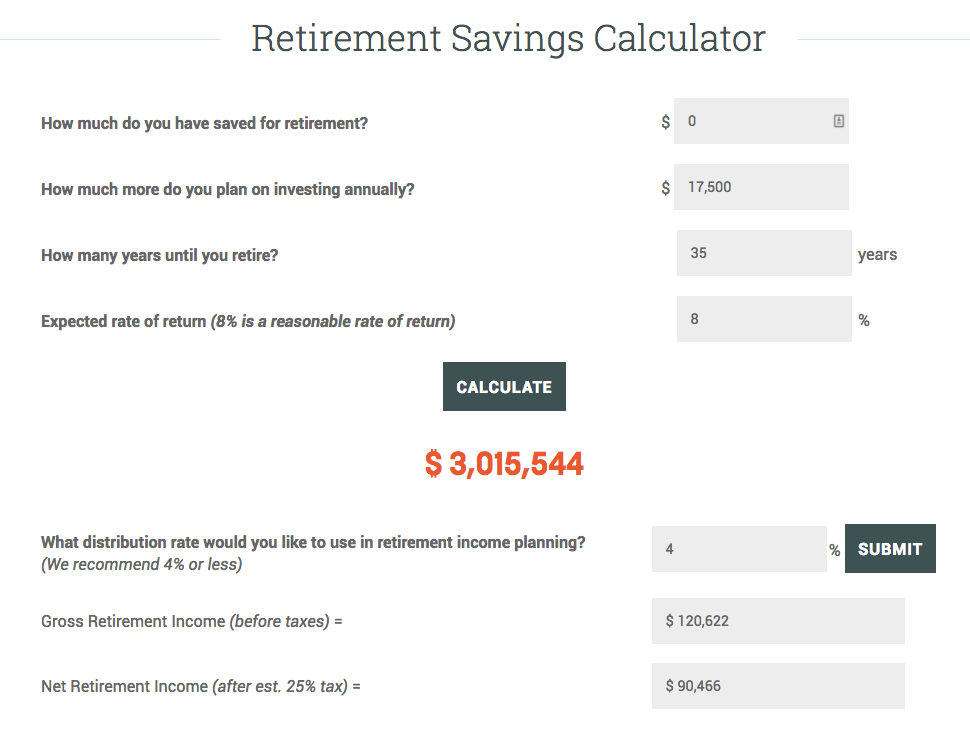 If you were to save $17,500 every year, starting today, for 35 years, at an 8% rate of return, you’d end up with $3,015,544. If you were to distribute 4% of that money to yourself in retirement (4% is widely considered to the right amount of money you should withdraw from your retirement investments on an annual basis), you’d receive $120,622 per year gross. Great, huh? Well. You have to pay taxes. Let’s estimate a 25% effective tax rate. That brings your net income to $90,466. What’s that? You’re wondering about inflation? Me too. If money loses half of its buying power every 25 years or so, then your $90,466 is going to feel more like $40,000 in today’s dollars. Yes, I made lots of assumptions, and contribution limits and tax brackets will change. But the point of this is to give you a general idea of what you’re up against. By the way, feel free to use our retirement calculator to run your own scenarios. 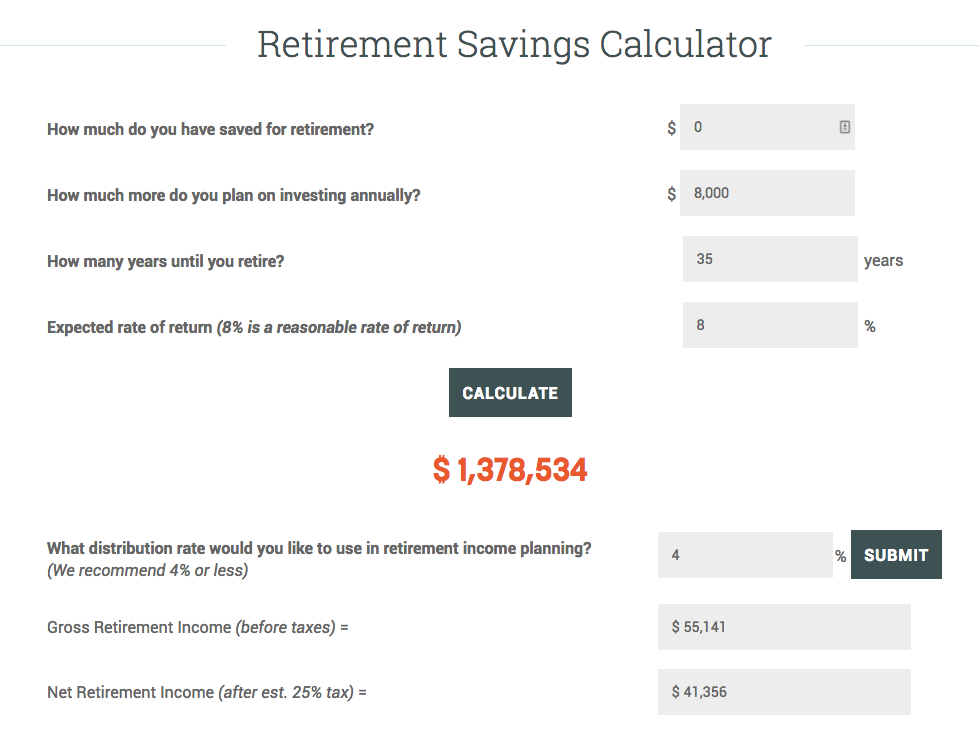 Looks like your inflation-adjusted retirement income will be less than $20,000 per year. I hope you like radishes. Because your yard garden will be your source for food. You can’t expect to continue your current financial lifestyle, within reason, if you don’t put good money away for the future.

The biggest complaint I hear in this regard is ‘Pete, your retirement savings expectations are unrealistic. Who can afford to save that much?’ There’s a ton of failed thinking with this complaint. Here’s what I know, if you don’t save this money, you won’t be able to have a reasonable retirement. I know that $3 million and $1.3 million seems like a lot of money, but 35 years from now, it’ll be a lot less than you think. Additionally, if you get frisky and distribute your assets at a rate higher than 4%, then you risk running out of money.

This chart is a Monte Carlo simulation from my book, Mock Retirement. It’s based on a 60% stock and 40% bond asset mix during retirement. I ran 5,000 simulations, using historical market data, to determine the success rate of your retirement for different distribution rates. If you think an 8% chance of failure is no big deal, would you get on a train if the conductor announced prior to leaving the station, “This train has an 8% chance of crashing. Enjoy the ride.”? I’d be off that death train faster than you could possibly imagine.